University of Arkansas at Little Rock
« Back to Recent News

The University of Arkansas at Little Rock has received a $40,000 donation to create a student support fund in honor of Dr. Moira Maguire, a history professor who worked at UA Little Rock for 15 years and had a reputation of going above and beyond to help students succeed.

The Dr. Moira Maguire Student Support Fund will help students in the Department of History in times of need. The fund, a quasi-endowment, will help students with housing, car repairs, utilities, food insecurity, and other expenses.

Patricia Merry, of Rhode Island, made the donation in honor of her daughter, who was always looking for ways to help students.

"Moira was the most caring person I ever knew," Merry said. "After enjoying her time at UALR, she moved back to Massachusetts to be closer to family. Moira also gave generously of her time. She helped with the Feed the Hungry program in Little Rock and was a tireless worker for FuRR, Feline Rescue and Rehome. This past year Moira organized a campaign to distribute backpacks loaded with school supplies to students in need."

Maguire was born in Boston and went to high school in Reading, Massachusetts. In 1982, the family moved to Little Rock when her parents received job offers to build Channel 16. Maguire graduated from Mount St. Mary Academy. She earned a bachelor's degree from George Washington University, a master's degree from Northeastern University, and a Ph.D. in history from American University.

After spending six years conducting research for her dissertation in Ireland, Maguire taught in the UA Little Rock Department of History from 2000 to 2015. She also served as dean of liberal arts at Schenectady County Community College and dean of social sciences for Holyoke Community College.

She is remembered by the UA Little Rock Department of History as a tireless and fierce advocate for students.

"The fund's unique purpose couldn't be more fitting for its namesake," said Dr. Jess Porter, chair of the Department of History. "Dr. Maguire had a heart of gold and was a true servant to her students and her community. She worked so hard for her students in the classroom, but also as an advisor. I know there are many, many history graduates out there that benefited from her time and attention. Our students face so many challenges and it seems like this has become even more acute during the past two years. To be able to draw upon this fund in a student's time of need is something that Moira would cherish."

Dr. Kristin Dutcher Mann, a professor of history and friend of Maguire's, recalls how she would often hear Maguire on the phone helping students find temporary housing, ensuring they had groceries, and helping secure scholarships.

"Moira took time to research the specific circumstances of each student's journey to UA Little Rock and to ask questions that would help determine the most advantageous paths for them to follow to complete their degrees," Dutcher-Mann said. "As a first-generation college student, she understood the challenges that many of our students often face. Throughout it all, she aimed to cultivate skills of organization, self-reliance, critical thinking, and writing in her students so that they would be prepared to manage whatever challenges came their way after college. I can think of no more fitting way to honor her than to establish this fund in her honor."

Providing students with financial support helps increase student retention, since financial difficulties are a common barrier for students to remain in college.

"Students can face many large and small barriers to completing their educational goals," said Heather Reed, director of student retention initiatives. "Making funds available for students can help meet needs such as car repairs, food, and housing expenses. Donations such as the Moira Maguire Student Support Fund can be a life saver for students."

Maguire passed away Nov. 3, 2020, at the age of 55. Memorial services for Maguire will be held on June 4 in Easthampton, Massachusetts, and June 5 in Green Harbor, Massachusetts. 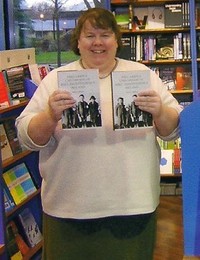 The University of Arkansas at Little Rock has received a $40,000 donation to create a student support fund in honor of Dr. Moira Maguire, a history professor who worked at UA Little Rock for 15 years and had a reputation of going above and beyond to help students succeed. 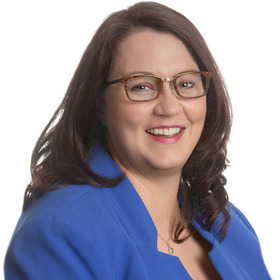